Bacteriophages as Therapeutic and Prophylactic Means: Summary of the Soviet and Post Soviet Experiences


Bacteriophage (from 'bacteria' and Greek φαγεῖν phagein "to devour" or bacterial eaters) are bacterial viruses that infect and kill bacteria. Bacteriophages (shortly “phages”) are among the most common and diverse entities in the biosphere. The estimated number of phages on earth is about 1032. Bacteriophages are often isolated from environmental sources, such as water samples, etc. Felix d’Herelle, one of the discoverers of bacteriophages, was the one who suggested them for therapy of human and animal bacterial infections. This idea was very popular in the world until the advent of antibiotics commercial after which production of therapeutic phages ceased in most of the Western countries, but not in the former Soviet Union. The application of antibiotics in the clinical practice, besides the well-known side effects, entails, in addition, the appearance of the forms of bacteria, resistant to newly synthesized preparations. It was concluded that a European and global strategy to address this gap is urgently needed. Now, faced with the alarming growth of a variety of antibiotic resistant bacterial infections, Western researchers and governments are giving phages a serious look. The phages nowadays are seen as a possible therapy against multi-drug-resistant strains of many bacteria. The therapeutic action of bacteriophages significantly differs from antibiotics, which makes them still active against multi-drug-resistant bacteria. Bacteriophages have a number of other advantages in comparison with antibiotics. First of all, they are efficient against multi-drug-resistant bacteria. The aim of this review was to provide an overview of the past and current experiences in the field of phage therapy in the countries where it has been traditionally applied in the clinical practice. Although the style and quality of old Soviet scientific publications dedicated to phage therapy are not challenging the international standards, there is still valuable information which may not be neglected by modern researchers. This information is especially important as it remained unavailable for the Western scientists before because of the language barriers until now. The goal of this article is to encourage further research on this topic, and facilitate rapid decisions on the development of appropriate regulations, which would ultimately permit the use of phages as therapeutic or preventative medicines in daily clinical practice in the Western countries where multiplying drug-resistant bacteria gradually becomes the greatest life threatening problem. 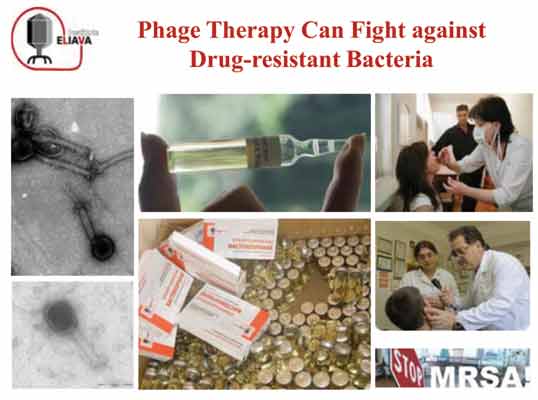