Background: In this research, MIL-53(Fe) was magnetized and the performance of the magnetized material as a drug delivery system for doxycycline was studied.

Objectives: The experiments were designed to load the magnetic delivery compounds with different amount of the drug.

Methods: The in vitro release rate of doxycycline from magnetic MIL-53(Fe) with different drug content into saline buffered fluid (SBF, pH=7.4) and phosphate buffered saline (PBS, pH=3) was then studied. 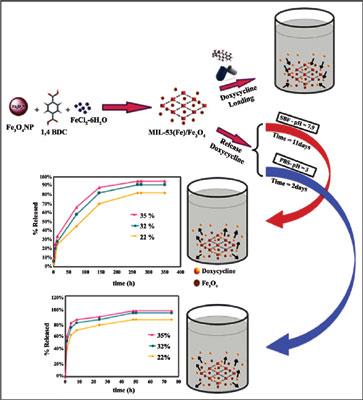